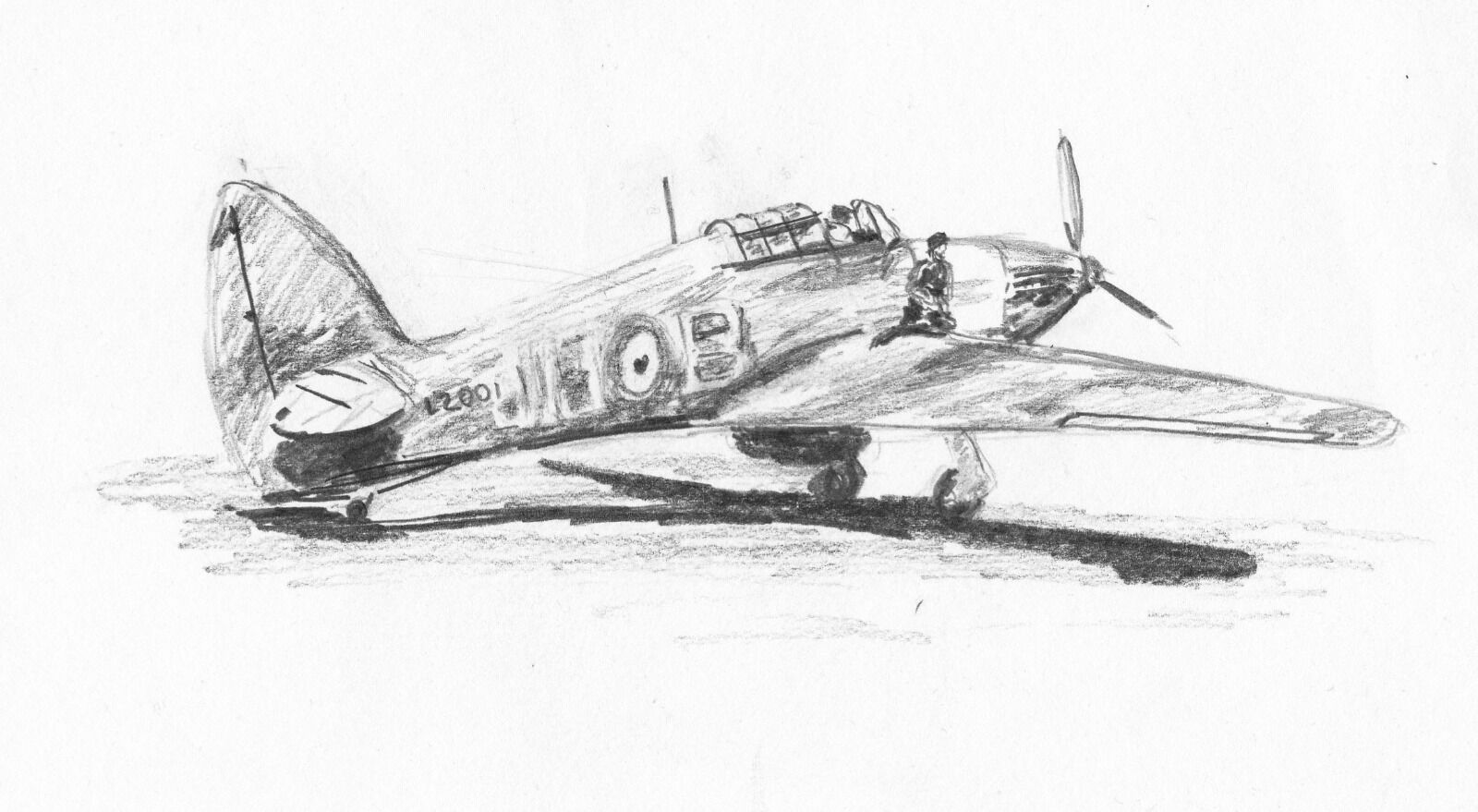 On Sunday the 18th August 1940 at the height of the Battle of Britain, Germany launched three major raids throughout the day against South East England. During the ensuing combat, involving over 1800 aircraft sorties, over 230 aircraft (belonging to both sides) were damaged or destroyed.

These were the highest losses in one day for both sides during the whole of the Battle of Britain, causing historian Alfred Price to give it the epithet 'The Hardest Day'.

Hardest Day Hurricanes is a series of 18 paintings intended to commemorate the courage, bravery and sacrifice of those who fought that day. I have chosen to focus on the role of the under-sung Hurricanes involved, an aircraft often eclipsed by her more glamorous sister, the Spitfire.
Next
Previous