Despite having tried my hardest and spent a lot of time and effort to research all the details for the paintings correctly, it is inevitable that there will be many with greater knowledge of the subject who may find errors or oversight in the work. For this I apologise and hope I can be forgiven in the scheme of what the whole has tried to achieve.

One area in this regard that has given me the greatest difficulty, has been ascertaining the single letter codes for individual aircraft (e.g. the ‘W’ in SD-W). Whilst the Squadron codes presented little problem, and often the aircraft serial has been possible to obtain, it seems that this last letter was rarely noted down and only seems to be available where individuals have recorded a specific example in biographies or the like. In the end, I decided to accept that in most cases a record of the correct code no longer existed or would be nearly impossible to find. Where this has been so, I have assigned a random letter to the aircraft, although sometimes this was picked from a narrowed pool from having ascertained letters assigned to other aircraft of the same Squadron at the time. The exceptions to this are the aircraft of Sq/L. Michael Crossley (GZ-F), and Sgt. Girdwood (DT-E), which I am pretty sure are correct. A similar note might be applied to the two German aircraft where codes are visible. 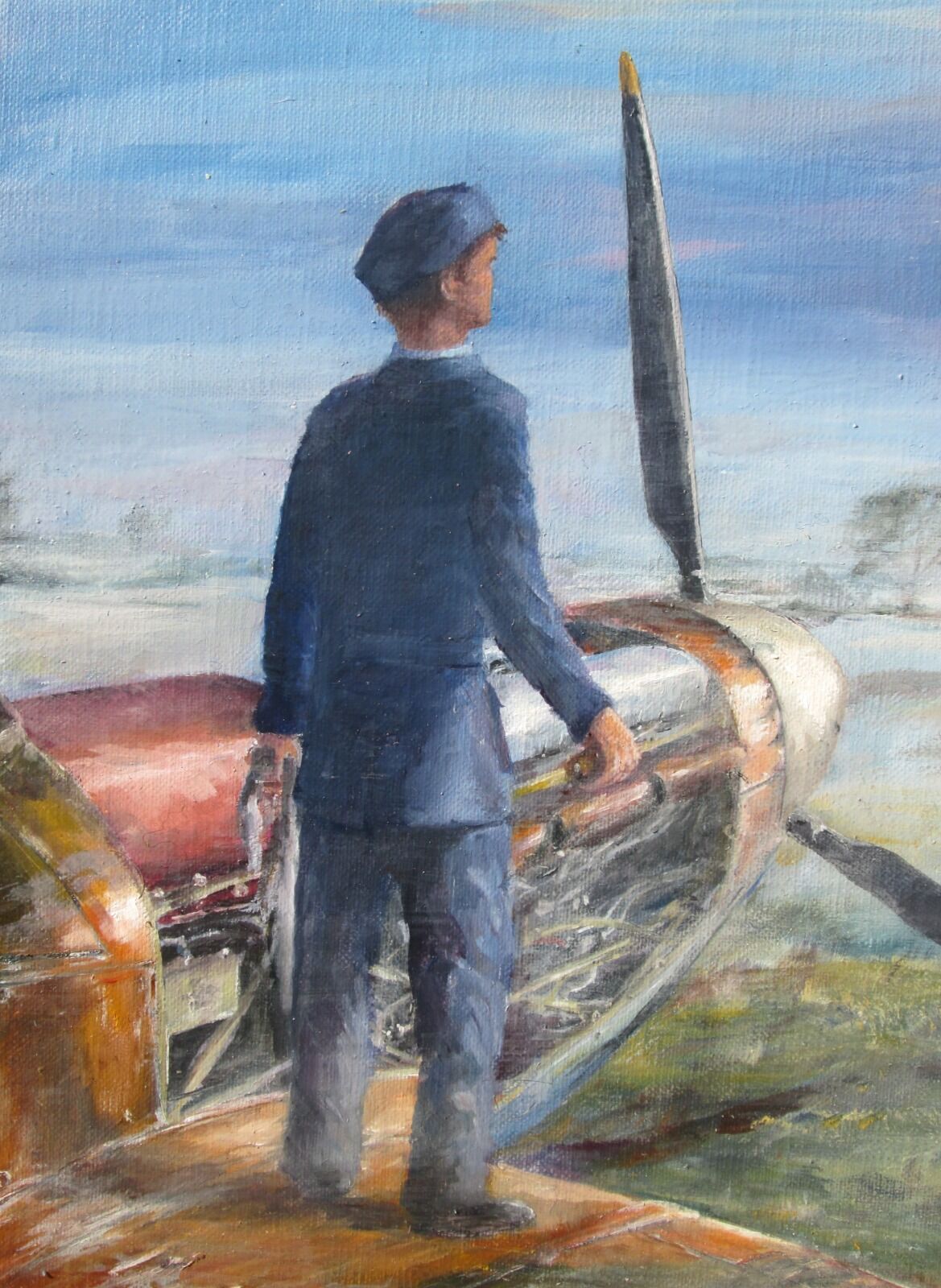 Another area which foxed me for a long while was the variety of subtly discernibly different nacelle types visible on Mk. 1 Hurricanes. This is evident even in period photos, not minding restored and 'up-marked' aircraft! I went for one style that was evidenced on a late Battle of Britain period photo and adopted it throughout.Towards the end of this project I found a most excellent unravelling of the complexities of the subject on a ‘Britmodeller’ forum online, for which I am most grateful. This made me think that perhaps I should have displayed up to four different nacelle types that were in use during this period over the range of paintings! For this and any other as yet unnoticed errors, I hope again that I can be forgiven.
Next
Previous