On the trials of living and working with the mud of clay lands. 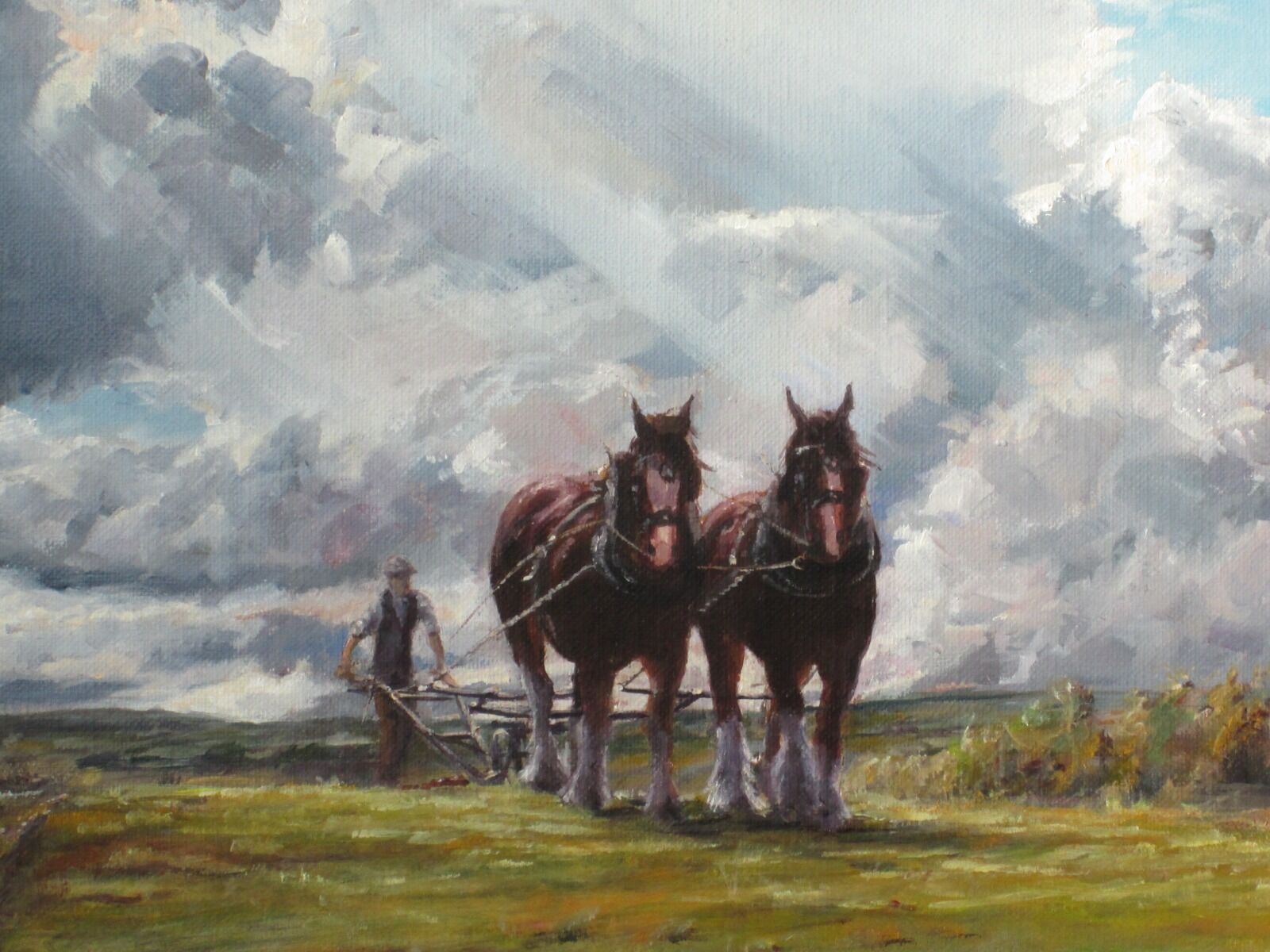 It has reached that time of year when every foray out of doors is in some way enshrouded in the stuff. It is a definite marker point in the year, like the first frost, or the solstice, or that first proper warm day in spring. There just seems to come a day in autumn where the mud is suddenly there, and you know it’s here to stay with us, until at some point in spring or early summer it just goes again, like it migrated.

This is the mud of clay soil. Anyone who has lived on, worked or walked on claylands will know of it. I hate to sound like a connoisseur of muds, some kind of mud snob, but it is just a different kind of mud. Sure you get mud on sandy soils, with an irritating grittiness to it, there is the peaty stagnant mud of humus laden woodland tracks, and the slimy mud of the siltlands, slippery and oozy, to name but a few.

The mud of the clays though, is an altogether different proposition. Clays used to be known in farming as ‘man’s’ land (as distinct from ‘boy’s’ land) or ‘three horse land’, because it was heavy and difficult to cultivate (thus requiring three, not two horses to pull a plough). These soils are hard to work and unforgiving of bad treatment, they require nurturing and effort.

The muds of these lands vary from irritatingly sticky to quagmire, with a range of other states somewhere in between. ‘Claggy’, ‘Clarty’, to borrow from the expressive Wealden vernacular, wherever they are on the spectrum of wet consistencies, they stick like nothing else.

Plastered up legs of clothing, ingrained into the wool of sheep’s legs, smeared across the fine winter coats of cattle. It encrusts the undersides of vehicles, builds into intractable mounds around the foot controls of tractor cabs, clings hard to wellingtons, leaves you bootless in a pen of pigs.

Even tractors on badly drained clayland tracks hunt on forwards only by the power of the diff. lock, the steering wheel a useless toy in finding direction, leaving you powerless to do anything but follow the deep ruts already there. Even the sharp punch of the differential brakes on the tractor merely change the angle of the vehicle, not the direction of movement.

And it doesn’t just challenge the farm folk. Try running in trainers across ploughed clay fields, it is a test of endurance that mile for mile is hard to equal. The mud builds up under your feet, until you are forced to pause and pull a wad, inches thick, moulded to the base of the shoe, tripling the weight of your feet for every step. If you dare to cycle in it, it builds round the brake blocks of the bike until the continuous whining, grating song from the wheel commands you to clear the worst out, leaving the residual mess to carry on seeping into every mechanical component.

A short walk in the fields here brings a trail of this mud into the house, no matter how hard you try otherwise. The bootscraper and brush are so embroiled in the stuff that any normal attempt to clean footwear seems more calculated to smear it all over the shoe or boot, like some form of weird dubbin.

The inevitable bits of mud around the hall are the reminder that the season of mud is here again. For months to come the dwellers of clay lands will be irretrievably attached to the land where they live. A strange form of anchor. A different kind of lockdown.
Next
Previous