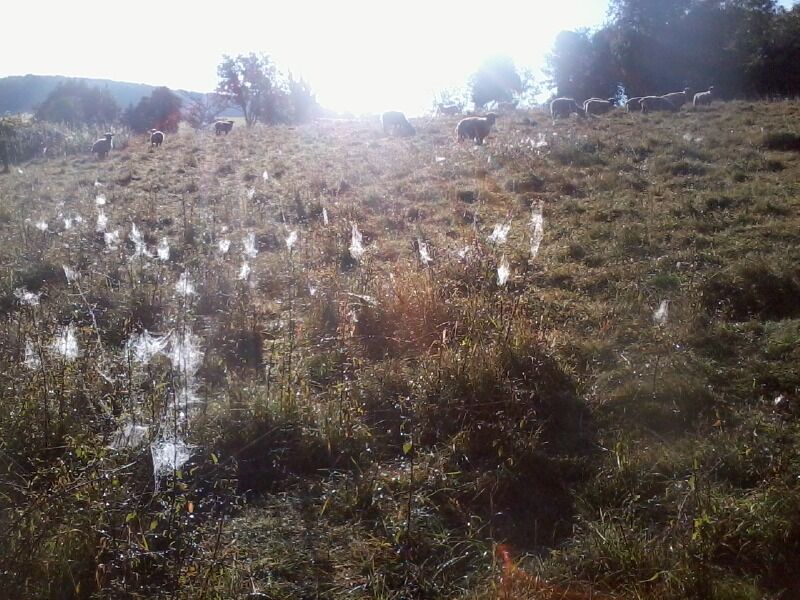 02/10/2020
I’ve been back on landscapes...
... and rural scenes after the Hardest Day Hurricanes project. The subject matter for these artworks seems to oscillate between my current surroundings in rural Carmarthenshire and those of my past, in different parts of the Home Counties. It seems odd to me in many ways that this should be so.

One thing I know is that I love it when the season of the painting I’m working on matches the current one. I love the fact the simplest act of walking outside can help conjure the atmosphere and feeling that I’m trying to convey in the artwork. So you would think that following from this I would find it easier to paint the things in closest proximity to me, in both the physical and temporal sense. Recent memories, skies and fields that are most like those that surround me in the now. This is however only a part truth; the human brain is a strange and complex organ.

The experience of not being able to recall some part of today or yesterday when asked what we’ve been up to is a far more common occurrence than most of us would like to admit. And it’s not just an age related thing; my children often take some time to recall what they did at break at school or some similar fact, at pick up at the end of the day. We’ve all been there. Yet take something different. Two twos? Four of course; Capital of France? Paris; The colour of a carrot? Orange. You get my point. All there, instantly available in the mind, and yet how long ago were they learnt?

I can’t pretend to understand how this works. I saw a great series on TV a few years ago about the human brain, by neuroscientist David Eagleman. He said that it is only in recent years we are really beginning to get anywhere with our understanding of our brain.

Apparently, ( from my all too fallible memory!) every thought, reflex, action engenders the use of signals moving along a complex network possible of neutral pathways which the signals navigate through use to solve the problem, create the desired action, as the brain sees fit in the moment. We complete the task, (two twos are four, side step to the left to keep ‘social distance’ in the street) and move on.

If we have to repeat the task, it is likely signals in the brain will follow the same or similar paths as before. It’s just as if we were checking the sheep in the field, or on the hill, picking our way around tufts of grass and trees and gradients to get to them. Then if they’re in the same spot the following day, (which they often are), we follow the same or at least a similar route. Further task repetition makes the track through the field better (to the right of that bush, I found it boggy to the left yesterday) and clearer (just follow where the grass is pushed flat). After frequent repetition we might even start to purposely improve it (I’ll just cut that low branch out of the way, chuck a few stones down in that muddy bit). One day’s choice of route becomes a path then a track. Maybe even the ‘Telegraph Road’ of the Dire Straits song.

Just so in our brain. Apparently the repeated use of a neural path is noted and we start to construct this material called ‘myelin sheathing’ around it (the ‘grey matter’ of our brains) and it becomes a quicker path, a more surely marked track or even a road that our neural signals can belt along, superquick, without fear of tripping up or getting lost.

A track can be used both ways (if two twos are four then half of four is two), we lead the sheep down to the farm using the path we made to go and check them, (though often the sheep have their own tracks, which they use when they follow us, part ours, part different, more adapted to ovine preoccupations). Just so when I set out to paint. As I scent the change from heavy summer air to the first indescribable damp cold freshness of impending autumn, does my mind register this entirely in the immediate landscape around me, for all its vividness, or does it chase off to known moments and places further away, further in the past, where that turn of the season was noticed so many times before?

Well, in truth, I think it does both. Sometimes I see that in the paintings, they can be a compound of more than one place. The expression of many similar and related experiences compressed and fused into the apparent one moment and place of the painting. The smell of autumn to come in the past enhances the meaning and vividness of autumn coming now and here. The sharp air of autumn’s current arrival fleshes out and recolours those elsewhere in time and place. A well used path within the brain, being constantly added to with new connections and reversals in use, yet becoming more firmly marked and entrenched at the same time. Like an old track going up and down a hill.

So I find myself wanting to paint both. Perhaps that’s not so odd after all.
Next
Previous