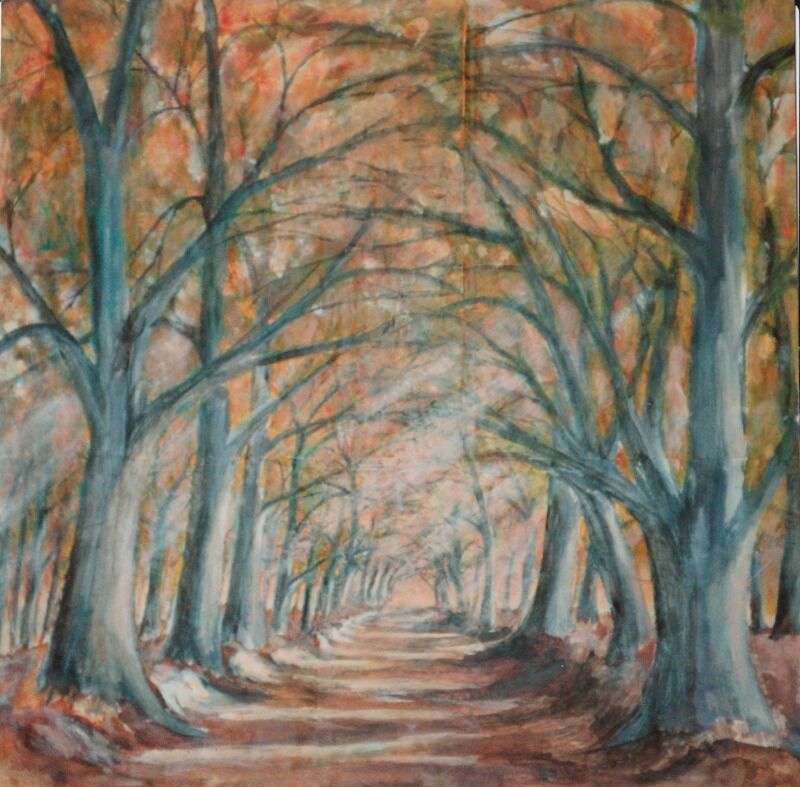 18/09/2020
Part of the truth about getting around to writing...
...is also that it is actually a displacement activity. Currently I am trying to find the right focus to get the sales side of the website up and running. Like anything, it seems much more challenging once you’re in the middle of it, than it looks from the outside. To make progress on this I have had to actually temporarily pack away my painting materials, because once a picture is on the go I find myself irresistibly drawn back to working on it. Not so, wading through the distance selling regulations. But, I have been getting on with it, and hopefully soon I’ll get all that stuff in place, but after a day spent on that yesterday and no picture on the go, I think the urge to do something creative is becoming harder to suppress. I think I figure I’ll be able to put the writing down and return to joys of e commerce more easily than putting down a brush.

I think I’m also smarting a little as none of my paintings are standing around the room at the moment. Normally the last few that I have painted are propped up here and there around the room where I paint, nominally to dry, but I like looking at them too. Very occasionally some part of one or another will nag me to go back to it and tweak something, but usually I feel they are as right as I’m going to get them at the point I decide they are finished. But last week I had to pack them all away, even the last few, as we had some furniture that has been in storage arriving and I didn’t want them to get damaged or covered in dust.

It’s made me realise that I haven’t managed to look at the last one very much since its completion, and I miss that- it doesn’t feel quite like mine yet. Strange, because I didn’t realise that walking past them every day and seeing them was a part of the process. The painting in question is a small piece, about 10” x 8”. A fairly simple depiction of a track I walked down, curving towards a ford with a stream under a tree in the winter sunlight. I am wondering if not being able to see it has made it turn around in my mind in different ways.

I realised that this little painting strangely referenced one of the largest paintings I have ever done. It was a long time ago, at college, (when I perhaps should have been working harder on studying engineering). I taped 5 A2 sheets of paper together to make a roughly 3’ square sheet, and painted a scene of sunlight filtering through an arched line of trees over an autumn track, mainly to fill the bare wall in my college room.. It was a very different picture from the recent one but the similarity was there. (My lab partner at the time, who was around my room a lot for a project where we had to design and build a crane type structure together, was convinced that I kept adding more ‘beams’ of light to the painting between each of his visits, which was entirely untrue, but a most intriguing phenomenon!)

The absence of the little recent painting has now created a cascading sequencing of referencing thoughts for me. In reflecting on the older painting, I can’t remember it being a painting of a particular place that I remember, but in trying to place this I have been seeking through my memories for all the places it could have been. This in fact has led to a strangely mesmeric sequence of recollections of places, (mainly of wooded lanes in Surrey) and more truthfully moments in time and recollections of people who were there with me in those moments. Another different set of memories ensues from the recalling the many moments and occurrences subsequently played out in front of that painting during that first year of college. It was a painting which both collated old memories and engendered new ones for me.

I am beginning to wonder if I should hide my paintings away from myself more often...Though I’m not sure that I’m any closer to solving my displacement activity problem.
Next
Previous