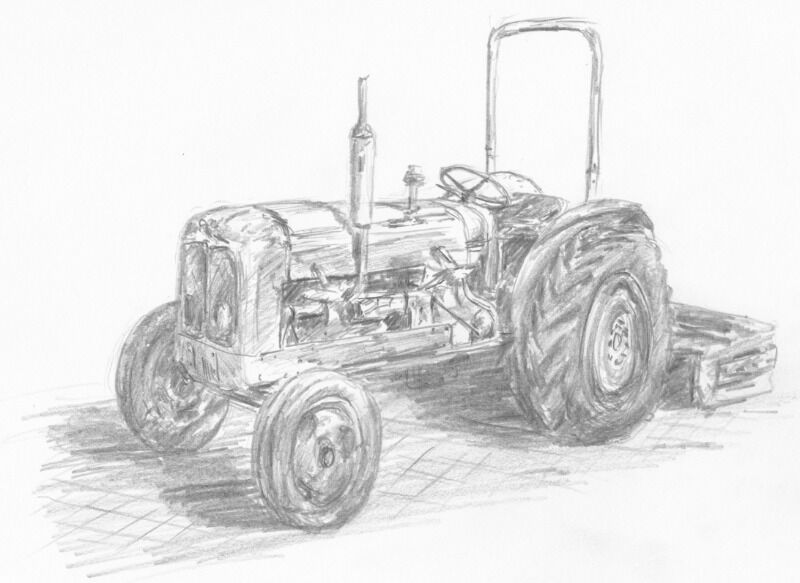 23/10/2020
A summer’s day haymaking...
One of my summers days, about 25 years ago. There are no waggons or horses in sight, but there is its modern descendent, a tractor and trailer. There is however the stillness and intensity of heat captured in a painting a couple of hundred years earlier.

It is the first day of my first permanent, full time job. It is a small family run dairy farm in West Sussex. I am rather nervous, but also really excited. I had been coming to the conclusion that no-one would ever give me a job like this, that of a farm hand or ‘General Farm Worker’ (GFW) in the parlance of the time. Paper qualifications meant little and experience seemed to count for everything, of which I had precious little- and ironically thus seemed to be barred from finding anyone who would employ me to gain such experience. I was fortunate that they gave me a chance on that farm, there must have been something in my enthusiasm which shone through my ignorance.

That first day though. What must they have been thinking? I mean I felt on top of the world, here I was doing an actual job, the one I had decided I wanted to do, working on a real farm, but to them? I mean I had hardly ever worked with cattle before, I had only recently learned to drive a tractor and had little notion of what the day to day realities of hard working farm were.

The boss, who had hired me was not there that week. I can’t remember why, but it must have been important, because I can’t think of another occasion when he was ever not there. Their previous ‘GFW’ had left, so there was just his son, who was about my age, but really very experienced and the much older (and very much wiser than me!) dairyman there. (I’ll call them Tom and Jim respectively as it’s not my business to give out their real names). So really they were very short staffed and had to try and make the best of my presence. They were so nice to me and encouraging, but they must have wondered why I had been hired.

The first few hours of the morning were taken up with all the routine work around the milking and clearing up after, and feeding, bedding up and checking stock. One of the first tasks I was given was to use the pretty old Fordson Super Major tractor to scrape the slurry off the collecting yards (where the cows wait to go in for milking) in to the slurry pit. I felt pleased to be doing something where I felt I could demonstrate to them that I could at least competently handle the tractor and got on very carefully manoeuvring the tractor around the buildings with the throttle set to tickover speed just like we had practised manoeuvring them at college, being ultra careful not to slip the clutch (a big no- no on a tractor) or knock any fixtures around the yards.

I thought for all the world I was doing very well and reckoned that I was creating a good impression. I was genuinely deflated when 25 minutes in (I later realised it was probably about a 10 to 15 minute job at most), that Tom came over to me and with a very kind manner showed me where the throttle lever on the tractor was, thinking I suppose, that the only reason I could be doing the job so slowly was because I couldn’t find it. I explained that I did know how to use the throttle, but felt that I was going the right safe speed for the job. He smiled kindly and left me to it.

The day had barely started.
Next
Previous